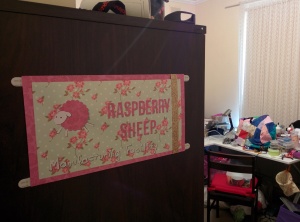 I have been quite busy lately, sewing, painting, gluing, masking, embossing, repairing and falling over… the usual.

I still can’t get the app to work, and it is so frustrating that I can’t post from my phone.

I went shopping today and picked up some cheap kids watercolours, and some watercolour and canvas paper to practice for the upcoming crazy Christmas card creation season. I’ve been masking and embossing for resist techniques mixing in a little calligraphy to make some cards. I was thinking of making it easy on myself, and making them all similar, using just masking and watercolour, but that feels a little too impersonal. I was already in trouble last year when I was in the middle of my course, and didn’t hand draw peoples cards, and lumped families together to save time. That’s why I have to start early this year. Although, I do have a large project on the way for my other website that I run with my partner, so, I’ll have to start getting into gear. Maybe even design a schedule. Which will take even more time.

Most of my moulds that I filled the other day have dried. not all of them came out nicely. I have a Dalek that looks like he could do with some rehab and less stripper glitter. I’m sure there’s a great backstory that could be made up for that one.

I suppose that’ll teach me to clean out my moulds before using them.

I forgot to take my stylus out the other day, when I went shopping and had a long bus ride, so I wanted to buy a new one. It took me four shops before I found one in a Japanese variety store. It turned out to work better than my other one, and is much more soft and responsive, so I’ve been drawing avatars and Pokemon fusions on my phone a lot lately. It’s useful for long bus rides, although that can get bumpy.

I might have to try posting without pics on my phone, then add them in later. That way, I can post more often, but you won’t know what I’m talking about until I update everything. I’ve been meaning to go back and correct all my mistakes that I’ve made, since my phone doesn’t spellcheck in the app.

We’ll see how we go.