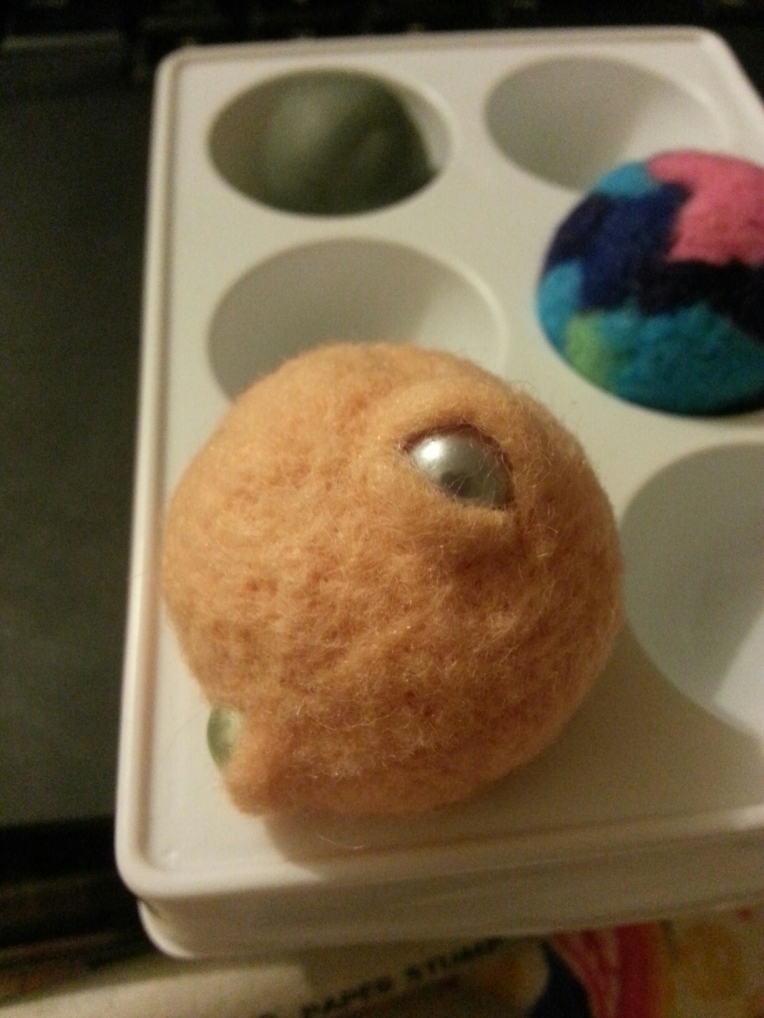 Today I made an eye-ball. It’s a thing of nightmares, but it was all about the learning. After a while, I was just having fun. I might even add more eyes. When I was learning clay sculpture, my teacher got us to make a practice piece of facial features individually, which helps focus and practice without worrying about wreaking a large piece. This can be used for most arts.
This project was about learning how to put felt eyelids around beads to make it look like eyes. The character that I’m basing the figure on has completely green eyes, that’s why I didn’t bother painting irises and pupils on beforehand, as I don’t need to practice that yet.
Basically, I felted a ball, stitched pearl beads into the ball and pulled tightly, so they were slightly inset. I then experimented with folding felt and laying it on, using one layer, putting the bottom lid on first, the tried the top lid on first. Most of them looked sleepy, until I figured out that I had to push open the bottom lid nearly all the way. One had a bit of space between the lids, so I stuck some pink in for the corner of the eye, but it was too bright and looks weird. One eye has eyeliner added in pen, which made me want to experiment with shading and colouring. This might define it better, perhaps even adding glue to the areas that came out a bit fluffy.
Maybe I could try painting some eyes on, if all else fails.