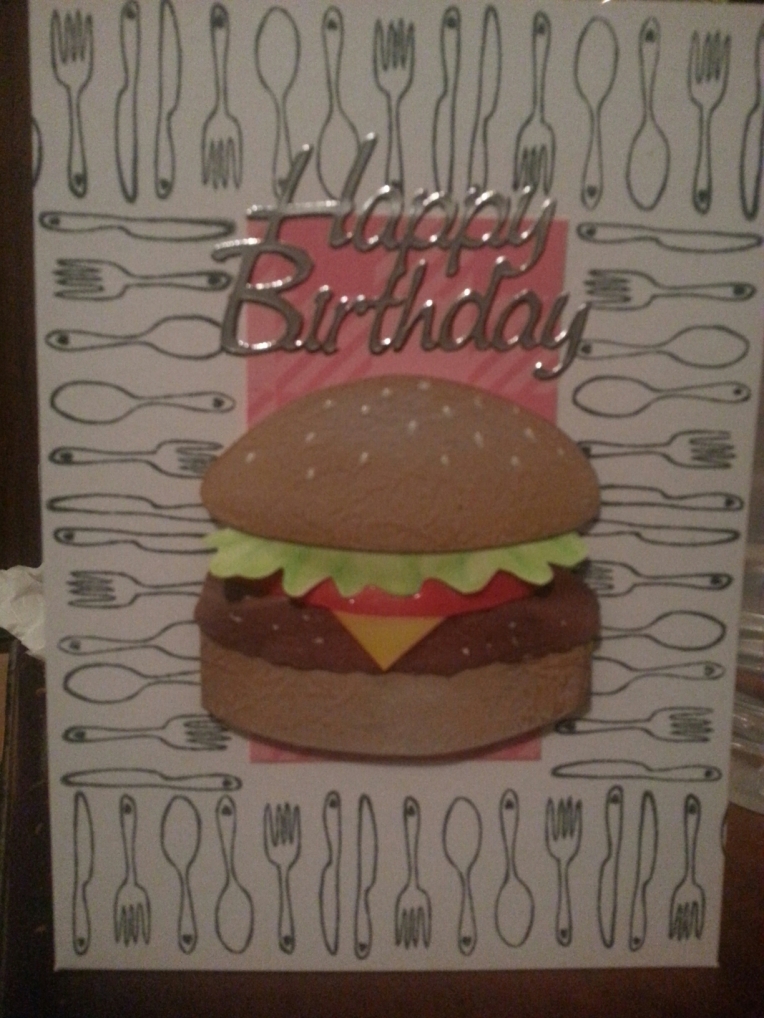 Technically I made this yesterday, but it needed to dry flat, so I couldn’t photograph it. My brother in laws birthday was this week. I haven’t known him too long, but I know he likes cars, women and food. So I picked the food genre. Mainly so I could use those cute knife, spoon and fork stamps, but also cars need to be specific and women could be controversial at a family gathering.
I also forgot to tell you guys, I got third place in an art competition for an upcoming anime and video games event. Nearly got my art on thousands of tshirts! I think I would have been in shock if I had won. My friend was devastated that I didn’t win and wants my design on a hoodie anyway 🙂
I’m just proud that I decided to go in for it, followed it through and submitted something that I was rather happy with.
There was quite strict ruling placed on the picture s after submission, so I don’t know if I could show you on here. I might link to my deviant art gallery later and it’s on there.
Until then, imagine awesomeness.