Another cat toy with the same tools as yesterday! This one was based off a bookmark pattern my mum taught me.
It’s a worm.
Usually they would have googly eyes, but not for the cat toy.
I went to a craft market today which apparently happens regularly across the road from where we moved to- how awesome is that?!
I took my boyfriend along, and he knows I’m shy about talking to people, or buying things, so he was pushing me to buying some things, so I brought a knitted teddy, which the funds went to charity for muscular dystrophy, a pencil sharpener, a sewing kit and a glue pen. He also asked on my behalf about setting up a stall

I’ve been meaning to make things to sell for a while now, and keep making excuses. Also, if you’ve been following me, I have a different interest every day, and get bored if I have to make more than one. Probably why I’ve never knitted a jumper- it’d look weird with one sleeve and no back 😛
I thought I could base my stall on small items, or one of a kind. Maybe even the same things decorated completely different.
A few of my friends also said they’d wear shirts with my art on it. So many possibilities, so little time. Well, enough time, managed poorly.

First step would be to start on my craft room :D… tomorrow…maybe. 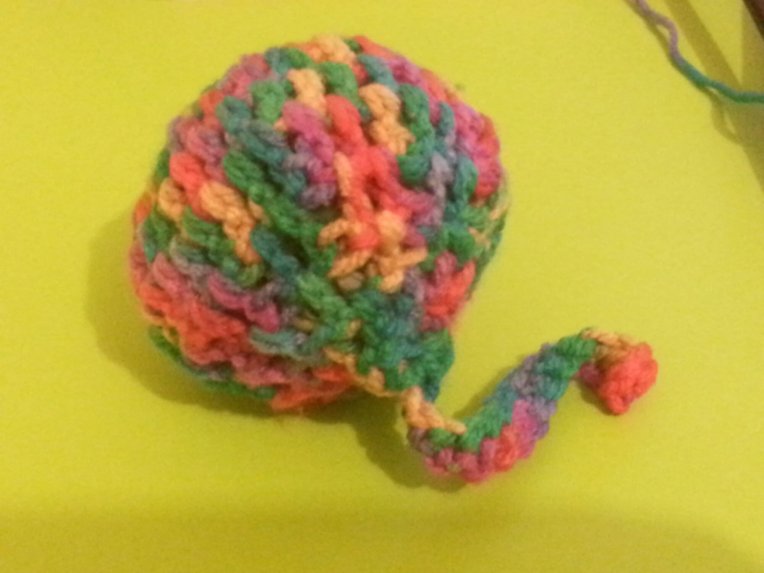 It’s a……. ball?
My cats really love a ball I made out of felt, so I wanted to make them another one. Everything is hectic from moving house, and I couldn’t get to my felt. I was going to make one out of fabric but it might fray too much. Then I decided to crochet something, since I had access to my wool. Then I couldn’t find my crochet hooks… I found one attached to a project and decided to use that. Next to find a pattern… nahhh.
I knew how to increase and decrease on a very basic level, so I began forming a shape. The cats won’t know what a sphere is.
I got near the end, a good time to stuff… if I knew where my stuffing was stashed. After a bit of consideration, I came up with cutting up sturdy plastic bags and stuffing it. It makes a crinkly noise, so I crudely shut the end and added a tail for added funness.

Yay, Dots! Stippling is a great shading technique used in illustrations and is very versatile. Of course you could close your eyes and dab at paper with a pen… 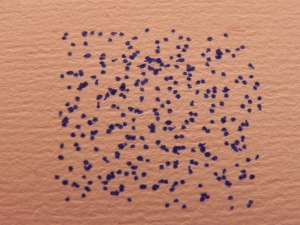 But I’m not really fond of that look. Stippling can be rather relaxing and my mind switches to auto pilot which is quite nice. So, to begin, you’re going to need a felt tip pen or marker. Doesn’t have to be anything expensive, but ball point pens have to roll against the page to make a mark. Never push hard on the page, that will ruin the tip, and hold the pen upright to the page, to get a rounder dot.

I usually start out by lightly covering the area with spots that needs to be filled. Space the dots fairly even, but spread out. Filling the space in may make the job look smaller. Stippling can be tedious – I recommend having something in the background to keep you entertained.

Second step is to loosely fill in between the dots and begin to increase the density, darkening the area slowly.

Third is much of the same, go back over, weaving between the dots until you get an even spread of stippling. if you unfocus/ squint your eyes, you’ll be able to see any inconsistencies.

You’ll probably get a few liney looking dots. This is just your eye following in the direction. Just add more dots, it’ll break up the line and look less uniform.

Stippling can be used as a gradient for shading. Either gradually spread out the dots, or use different colours as you would when using coloured pencil. Also layering different colour dots can mix colours. Stippling is rarely looked at closely, so remember to stand back occasionally. 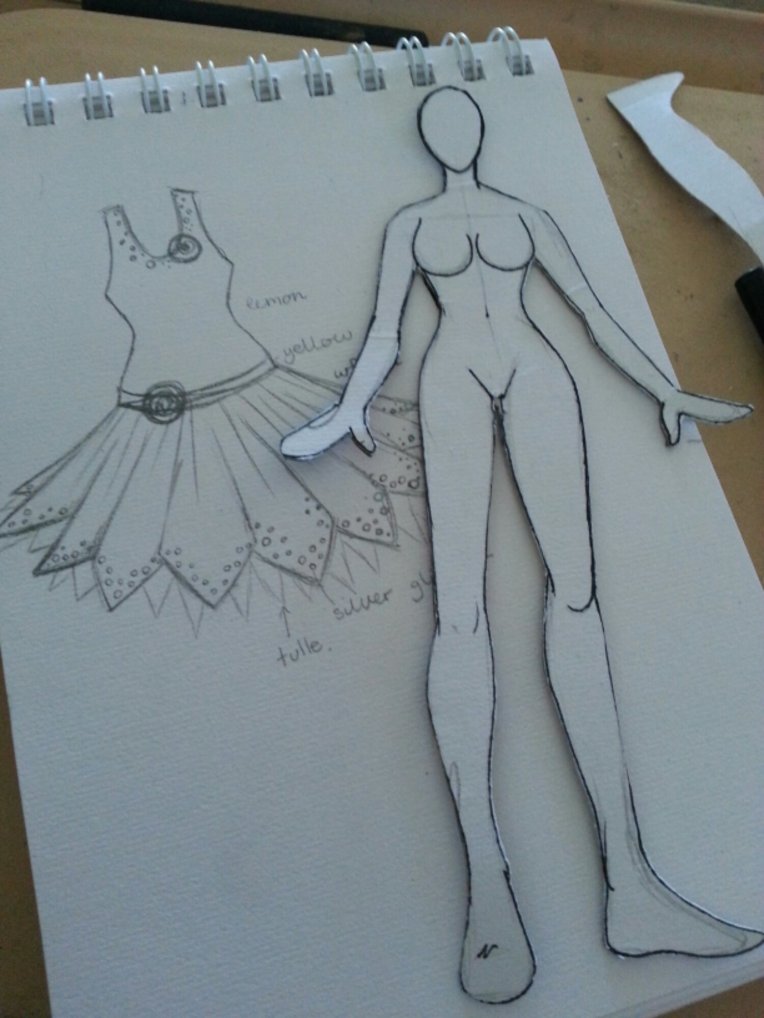 Woo! I’m here again! My idea books and lists are slowly filling with creatvity that has been suppressed. This is good in a way because I am able to refine ideas instead of getting defeated when I jump in head first without planning. The picture above shows some progression from the paper dress project I have on the back burner. I call it my fashion book-for the fashion unconscious. I have never been anything close to fashion conscious. I don’t wear makeup and believe black is an essential for everything. But occasionally the creative bug leans towards fashion design and illustration.
I thought sometimes I may not want to make a full dress, or I see some clothes to jot down,so I made this book.
I have always been in live with paper dolls, and would always make my oen clothes for them by tracing the outline and designing new outfits (that usually matched my own.) So I made a basic figure and will attach to the spine of the book with string, so that I can trace around her. When I eventually get better at sewing, and more confidence,  I would like to sew my own clothes. This book could also serve useful when I design characters for pictures or games.
If you do this, I find it’s easier to have arms detached from the body, and I made one foot face forward, and one to the side to better show shoes. This would be an awesome project for a creative kid. Just draw or print a body on card, cut out and get your kids to design clothes. Don’t forget to add tabs to the tops of the clothes.